FEM adopts a position paper according to which Directive 2006/42/EC does not preclude manufacturers from placing on the market forklift trucks, rough-terrain variable-reach trucks and variable-reach tractors not fitted with forks or interchangeable equipment provided that obligations for ‘machinery’ in Article 5 (1) are fulfilled. In particular, manufacturers must provide instructions with the essential characteristics… Read more »

The Machinery Directive is and remains an effective piece of legislation that has proven resilient to industrial evolutions and technological developments. This is a core message from the comments that FEM has provided on the Commission draft proposals presented during the last Machinery WG meeting last month. In addition to specific input on the proposed… Read more »

On 2 December 2020, FEM members unanimously re-elected Jos De Vuyst, CEO of Stow, as President of FEM. He will serve a second mandate until 2022. Maurizio Tansini, Head of Konecranes Industrial Cranes Italy and President of the Italian association AISEM, was elected Vice-President. Reacting to his re-election, Jos De Vuyst said: “I am grateful… Read more »

FEM member, Vanderlande, has recently published a White Paper exploring the key impacts of the COVID-19 pandemic on warehouse operations, and the influence this has had on our global economy and financial markets. The ongoing social and travel restrictions have significantly impacted consumer spending and therefore have directly impacted the economy. In June 2020, the… Read more » 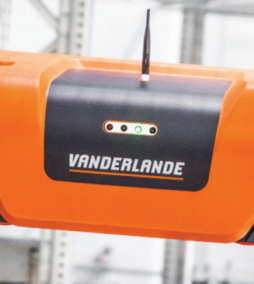