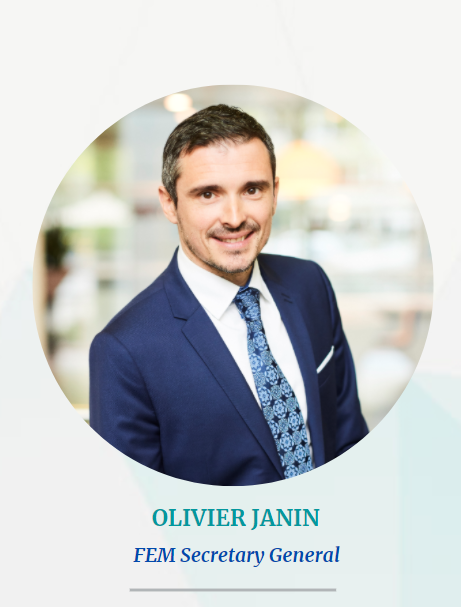 The Machinery Directive is arguably the most important and impactful piece of legislation for materials handling equipment manufacturers. It is also widely recognised across the industry as a very successful Directive that has sustained industrial evolutions and technological developments without reducing its effectiveness. As the preparation of the Directive’s revision enters its last phase, it is important to be clear on what functions and needs preserving, and where there can be improvements.

In the past years, digital transformation has been the most important innovation driver for machinery. Manufacturers have thus been implementing digital developments on their machines under the current legal framework provided by the Machinery Directive. The first lesson that can be drawn is that it works.

Why is that? The reason lies in the core of the Machinery Directive. New technologies are not the source of additional safety hazards. Indeed, safety risks are the same whether a machine is operated by a human or autonomously within a network. The Machinery Directive addresses all risks, regardless of their origin or related technology. This technology neutrality, the principle of which ought to be preserved, notably explains why the increasing development of digital solutions has had no negative impact on machines’ safety. Specific needs that may arise can be addressed through standardisation without altering existing essential health and safety requirements set out in Annex I.

Whereas digital technologies – and in particular AI – will be a major discussion point during the revision of the Machinery Directive, such feedback from manufacturers ought to be duly taken into account before embarking in modifications that may appease political pressure but eventually prove counterproductive in practice. To tackle specific challenges and avoid a fragmentation of rules across the Internal Market, digital technologies should be addressed horizontally.

What is clear, widely understood and uniformly applied does not need modifying. This principle certainly applies to the definition of ‘partly completed machinery’ and more specifically the concept of ‘specific application’, on which there is a large consensus in the industry. There is no immediate justification to change that. Similarly, there is no reason to change Annex IV, whether to add to the list of machinery or to remove internal checks for Annex IV machines if all relevant harmonised standards to demonstrate compliance with the Machinery Directive requirements have been used.

In a world that is increasingly digital and mindful of avoiding unnecessary use of resources, it makes sense to allow digital instruction manuals. However, why neutralise such a step forward with a new requirement for a paper safety manual? This would only add confusion and defeat the original purpose. Let us favour a simple and straightforward digital solution.

The last revision of the Machinery Directive required many discussions and several years. This can be understood due to the complexity of this piece of legislation, as well as how deeply and widely it affects the industry. Another reason is that such a lengthy process resulted in a well-balanced Directive. Since its adoption nearly 15 years ago, the European machinery industry and the equipment it produces have changed a lot. Yet, the legal framework has shown enough flexibility and resilience to maintain remarkable stability for manufacturers and safety for users. In the coming months, this should not be forgotten.